Home Amusements Amusement Parks and Attractions in U.S. to Open in 2017

Trends highlighted in the 2017 line up include the additions of water parks and water-based attractions, family-friendly attractions, vintage/classic rides, and the continued merging of technology and attractions.

More than 20 nostalgic guest experiences roll back time and allow guests to experience vintage attractions and classic park rides that entertain all ages.

According to the IAAPA Global Theme and Amusement Park Outlook 2016-2020 report, parks in the United States and Canada are expected to entertain 412 million people and generate $23 billion in 2017.

Below are some of the exciting thrills guests will enjoy this season, organized by state:

Alabama
A new water park opens in coastal Foley. OWA, meaning “big water,” opens six of its planned 20 rides, including the roller coasters “Rolling Thunder” and “Zero Zoom.”  In addition, an entertainment complex, including a hotel, dining, and retail, will sit on the shores of 14-acre lake reflecting the park’s name. www.visitowa.com

California
California’s Great America in Santa Clara debuts the “Patriot” floorless roller coaster. The coaster, which lets riders freely swing their feet, takes guests to a 91-foot height and through a 360-degree loop at speeds up to 45 mph. www.cagreatamerica.com

“Guardians of the Galaxy – Mission: Breakout” at Disney California Adventure Park in Anaheim and transforms the experience previously known as “The Twilight Zone Tower of Terror.” The new adventure enhances the free-fall sensation with all-new visual and audio effects to create a variety of ride experiences. The ride rises and falls multiple times at random intervals, all to the beat of music inspired by the film’s popular soundtrack. www.disneyparks.disney.go.com

Knott’s Berry Farm in Buena Park opens a thrill ride and two experiences at Knott’s Soak City Waterpark. “Sol Spin” swings guests six stories high as they rotate in all directions on the ride’s six spinning arms. Located more than seven stories above the water park, “Shore Break” tower features six water slides, including four Aqua-Launch chambers that send riders into a near-vertical drop through S-curves and flat loops in a translucent flume and dueling tube slides. The water park also debuts the slide tower “The Wedge,” an open-air family raft ride that seats up to six guests as they slide through twists, turns, and unexpected drops. www.knotts.com

Legoland California Resort in Carlsbad offers many additions and a water park expansion. The “Lego Star Wars: The Force Awakens Miniland Model Display” comes to life with lights, sound effects, animation, and features six scenes from the first 30 minutes of the movie “Star Wars: The Force Awakens.” Designed for children to compete against one another as they race down one of six water slides, “Legoland Surfers” is in the California beach-themed expansion of Legoland Water Park. The new Surfer’s Bay includes multiple water jets that incorporates Lego models. The Legoland Hotel adds Lego Ninjago-themed rooms, which allow guests to sleep in the company of Cole, Nya, Kai, Lloyd, and other Lego ninjas. www.legoland.com/california

The Santa Cruz Beach Boardwalk in Santa Cruz opens two rides as part of a $12-million improvement project that includes a new entrance plaza, a birthday room, and Fright Walk, which takes the haunted experience beneath the boardwalk. “Shockwave” has motorcycle-style seats on which riders spin and rock back and forth on a curling, wave-shaped track that is 65 feet tall. “Typhoon” swings riders upside down on two spinning arms, reaching a height of 60 feet above the boardwalk. www.beachboardwalk.com/new2017

“Wonder Woman Lasso of Truth” arrives at Six Flags Discovery Kingdom in Vallejo. The thrill ride features an oversized swinging pendulum that seats 40 people and reaches a speed of nearly 70 mph and a height of 147 feet. newfor2017.sixflags.com/discoverykingdom

Six Flags Magic Mountain in Valencia adds the interactive dark ride “Justice League: Battle for Metropolis.” Riders are members of the Justice League Reserve Team in a multi-sensory, four-minute game experience with wind, fire, fog, and other effects as they battle alongside Batman, Superman, Wonder Woman, The Flash, Cyborg, and Green Lantern to save Metropolis from Lex Luthor, The Joker, and the debuting Harley Quinn. www.sixflags.com/magicmountain

Colorado
Glenwood Caverns Adventure Park in Glenwood Springs, debuts “The Haunted Mine Drop,” a ride that goes underground. Ghostly characters narrate the experience as they tell guests a mining tale before they plunge 120 feet inside Iron Mountain. www.glenwoodcaverns.com

Quassy Amusement & Waterpark in Middlebury opens Bella & Bessie’s Sweet Shoppe & Pizzeria, featuring homemade taffy and other favorite treats. Two rides also debut, “Skipper’s Clippers” is a spinning interactive family-friendly ride with six pirate ships that gently rise as though floating on the high seas, with riders using joysticks at the helm to control lifts and drops. Guests seated in hot-air-style balloon baskets control the rising and spinning action on “Up, Up & Away”. www.quassy.com

Pandora – The World of Avatar land opens at Disney’s Animal Kingdom in Orlando. The land is based on the 2009 movie “Avatar” and features the film’s blue-skinned Na’vi inhabitants of Pandora, floating mountains, bioluminescent plants, and flying banshees. The marquee attractions are a 3-D flight simulator called “Avatar Flight of Passage” that takes guests through the skies of Pandora, and the family-friendly “Na’vi River Journey,” an indoor boat ride that sends guests down a sacred river hidden within a bioluminescent rainforest of Pandora. www.disneyparks.disney.go.com

Fun Spot in Kissimmee opens the “Mine Blower” wooden/steel hybrid roller coaster that has an initial drop of 80.5 feet, a 360-degree barrel roll, and reaches a top speed of 48.5 mph. www.fun-spot.com

Orlando’s Holy Land Experience introduces new musical production, “The Prodigal Son.” The show features original songs and tells the journey of a father and son who bring to life the well-known parable. www.holylandexperience.com

Legoland Florida in Winter Haven opens “Ninjago World,” an Asia-inspired land filled with hands-on outdoor activities for kids, a restaurant, and store. Located within the themed land is “Ninjago: The Ride” in which the ride’s vehicles, equipped with sensors that register the hand gestures of family riders who zap color-coded fireballs at digital screens populated with animated Lego figures, 3-D computer animation, and 4-D effects. www.legoland.com/florida

Universal Studios Florida in Orlando opens “Race Through New York Starring Jimmy Fallon.” Guests make their way through “Tonight Show” Studio 6B to board a flying theater. The 3-D ride takes up to 72 guests on a race through New York City with “Tonight Show” host Jimmy Fallon. Riders experience the smell of pizza, water splashes from the Hudson River, see other familiar landmarks, and enjoy appearances by show favorites including Steve Higgins, The Roots, and Hashtag the Panda. www.universalorlando.com

Georgia
Six Flags Over Georgia in Austell opens “Justice League: Battle for Metropolis” inside a 22,000-square-foot Hall of Justice. The indoor, 4-D interactive ride features the crime-fighting team of DC Comics superheroes with motion-platform vehicles, animatronic figures, and laser-gun game play. Riders encounter wind, fire, mist, and fog effects as they join Superman, Batman, Wonder Woman, and Green Lantern as they face off against The Joker and Lex Luthor. newfor2017.sixflags.com/overgeorgia

Indiana
Deep River Waterpark in Merrillville opens the “Aerial Adventure Park” featuring ziplines, bridges, tunnels, and ladders. The 10 ziplines range in length from 300 to 900 feet and from 40 to 60 feet tall. The park also opens the “Kraken,” a six-lane racing slide. www.deepriverwaterpark.com

Kentucky
Kentucky Kingdom in Louisville introduces the high-speed coaster “Eye of the Storm.” The coaster circles a seven-story loop with rotations and inversions and can seat up to 24 passengers. The track of the “Thunder Run” wooden coaster has also been modified. www.kentuckykingdom.com

Maryland
“Wonder Woman Lasso of Truth” comes to Upper Marlboro’s Six Flags America in May 2017. The ride features an oversized swinging pendulum that seats 40 people and reaches a speed of nearly 70 mph and a height of 147 feet. newfor2017.sixflags.com/America

Kansas City’s Paradise Park opens the “Exit Room Express” escape room. This physical adventure game in which players are locked in a room and work to solve a series of puzzles using clues to escape the room and complete the mission has two 40 minute live-action options for guests in their teens and older. www.paradise-park.com

The “Spinsanity” ride comes to Six Flags St. Louis in Eureka. The ride has 40 motorcycle-style seats on which riders spin backward and forward on a curling, 51-foot-tall half-pipe track. newfor2017.sixflags.com/stlouis

Worlds of Fun in Kansas City opens two rides and debuts a redesigned front gate in 2017. “Mustang Runner” has three arms with seven gondolas per arm that turn one way while the base of the ride spins the other way. “Falcon’s Flight” spins and elevates 50 riders to a height of 100 feet. www.worldsoffun.com

New Jersey
Casino Pier in Seaside Heights opens “Hydrus,” a roller coaster with a 72-foot vertical lift, a beyond-vertical drop, and a vertical loop, reaching a top speed of 45 miles per hour. The park also debuts a Ferris wheel standing 131 feet tall with 34 gondolas that seat six passengers each, including one that is wheelchair accessible. www.casinopiernj.com

The “Great Nor’Easter” roller coaster at Morey’s Piers in Wildwood underwent a $4 million renovation to retrack the coaster for riders to enjoy a smooth ride experience. www.moreyspiers.com

Seabreeze Amusement Park in Rochester introduces “Time Machine.” The ride has a 20-passenger platform that raises three stories in the air then swings 360 degrees in a pendulum motion. www.seabreeze.com

Kings Island in Mason opens the “Mystic Timbers” wooden roller coaster. The ride provides a 50-mph race through the woods combined with a mystery theme. The 109-foot-tall coaster traverses 16 hills through wooded terrain along a 3,265-foot track.  The ride ends in a mystical, vine-covered lumber mill that features a surprising finale. www.visitkingsisland.com

Knoebels Amusement Resort in Elysburg opens “Over the Top,” a ride reminiscent of the park’s popular “Flying Cages” attraction that guests enjoyed from 1964 to 1986. Riders stand side-by-side as they propel over the top of the ride. www.knoebels.com

Waldameer in Erie introduces a $2-million expansion “The Battle of Lake Erie” to Water World. The addition is a 40-foot-tall, interactive climbing structure with seven slides, a 400-gallon tipping bucket, and dozens of activities with educational references to the region’s role in the War of 1812. www.waldameer.com

Texas
Reunion Tower in Dallas opens a high-tech interactive “Constellation” attraction on the GeO-Deck overlooking the city skyline. Visitors encounter a series of touchscreen monitors with prompts to add their names and other details assigned to a star, create an avatar, and describe their experiences with illustrations. Each visit begins with a single star that multiplies into a larger constellation with each additional visit. www.reuniontower.com

Texas’ SeaWorld San Antonio adds “Wave Breaker: The Rescue.” The double-launch coaster is jet ski-inspired and based on marine animal rescue missions. It is 2,600 feet long and reaches heights of up to 61 feet. www.SeaWorldSanAntonio.com

Not all of us will be home for Christmas, or comfortably seated with friends and family fo… 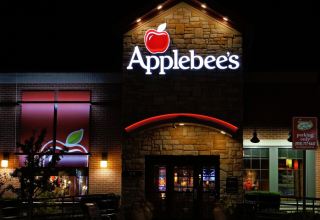